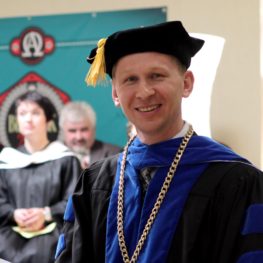 Research interests:
Over the last decade, a paradigm shift is seen in studying the life and practices of the early Christian church. More and more, modern researchers are moving from dominating in the twentieth century literary-critical approach to the study of early Christian texts to the historical and sociological, which draws to study aspects of the material culture of the Hellenistic world, in the context of which the first Christian communities were formed and developed. The new approach has widened the scope for the study of sociological aspects of the assembly of the first Christians, such as time and place of meetings, social structure and relationships between participants in meetings, etc. A careful reading of New Testament texts and authors of the second and third centuries, it seems necessary to study various aspects liturgical practices of early Christian communities, as well as manifestations of religiosity of the early Christians in their daily lives.