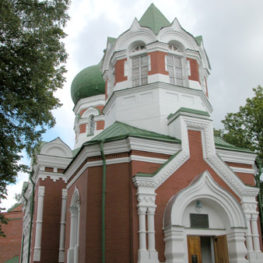 convene a scientific and practical conference

As basis of the Reformation was proclaimed the principle of Sola Scriptura, which received a new impulse in the course of the Radical Reformation and later in Russia formed the basis for a broad Evangelical movement. In Russia, the primary exploration of the Sola Scriptura principle took place primarily among the ordinary people, under conditions of peasant’s eve-ryday life, often under ordinary circumstances.
The conference organizers propose not to confine themselves to a confessional frame but to consider as widely as possible the social and cultural significance of reading, distribution, and interpreting the texts of Holy Scriptures in the Russian tradition. The jubilee dates stimulate reflections on theological, cultural and social consequences of dissemination and inter-pretation of the Gospel under conditions of rapid modernization of the Russian Empire and global changes in USSR.
The venue – St. Petersburg – seems to stimulate in a special way the interconfessional and nondenominational dialogue of researchers. It was in this city that translations of Holy Scrip-tures were initiated and realized, at the St. Petersburg storage rooms the journeys of Bible colporteurs started, in this city the Pietistic concept of religious repentance and revival was supported and developed, got stable forms the Pashkovite and later the Evangelical Chris-tians movement, here at the end of XIX and beginning of XX century representatives of the capital’s Russian Orthodox clergy advocated the need for a church renewal. St. Petersburg has witnessed a broad spectrum of religious, social and cultural phenomena beginning with renewal movements within the Orthodox Church to Tolstoians and various kinds of Evangel-ical Christians.

Potential topics of the conference:
social and cultural context of spread and interpretation of the Bible / New Testament in the Russian tradition in the XIX and XX centuries; impact of modernization ? interpretation of social and political processes from the point of view of different Christian traditions in Russia ? ideas of religious renaissance / Evangelical revival on Russian soil ? cultural and social consequences of Gospel based spiritual quest in Russian Empire, the USSR and modern Russia ? historical forms and methods of approaching Bible texts (from the Society of Study of Holy Scriptures to Bibelstunde and youth gatherings in the 1970ies) ? specific character of perception of Bible translations in XIX – XX centuries ? influence of different theological tra-ditions on methods of interpretation of Holy Scriptures in Russia (including concepts Social Gospel) ? the formation of a denominational identity by Russian evangelicals; Russian evan-gelicals between different traditions of biblical interpretation and identity crises ? spiritual quest and evangelical movements under political oppression ? concepts of mission and spread of Gospel in the Russian Empire, the USSR and modern Russia ? Holy Scripture within the political context

The conference will bring together leading experts in the field of the history of religious thought and Protestantism in Russia and Eastern Europe, Biblical studies, theology, social history and anthropology.

The opening and closing of the conference will take place in St. Petersburg Evangelical-Baptist Church “Poklonnaya Gora” on Bolshaya Ozernaya street, 27, Saint Petersburg.
Working sessions and reports will be held at the St. Petersburg Christian University at the address: Narva Prospect 13B